I won the 2013 Pacific Coast Sectional Championships with 196.33 points. It was held in Provo, Utah, the site of the 2002 Winter Olympics for figure skating and hockey.

I look forward to an amazing Nationals in Omaha, NE.

Here is an article from Provo’s local newspaper:

And you are going to love this one, courtesy of Polina Edmunds, a video of northern California skaters behind the scenes at the sectionals:

Both mine and Tyler Pierce’s skates made it through the security checkpoint! 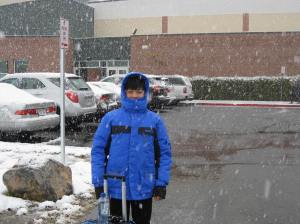 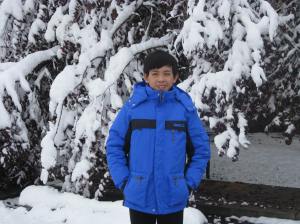 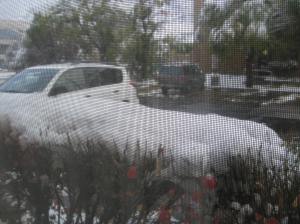 A view outside the window of our hotel room. 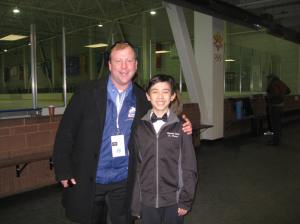 Me and coach/choreographer Justin Dillon. Thank you Justin!

Me after the Junior Men medal ceremony. (Flash off because competition is in progress)

Getting ready for the award ceremony. (Nathan Chen was not present.)
Photo courtesy of Timothy Boore.

Our return flight to Ontario included a flight transfer at the Oakland Int’l Airport. Outside you can see the mouth of the San Francisco Bay. It feels so close to home, yet so far.