Six years ago, I made Nationals the first time at the Juvenile level in Cleveland, Ohio. Six years later, I came to Cleveland again as a Senior claiming the highest total score of Senior Men across all three sections in the U.S. What a six year period!

I skated two Junior length programs at the Midwestern Sectionals in preparation for the JGP Final. After screwing up badly in the SP, I skated a clean long program with 2 triple axels and a quad to earn a total technical score of 87.63, a FS score of 156.63, and an overall score of 221.92! I still cannot believe my Technical Element Score……What an awesome way to end sectionals! 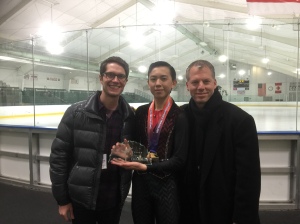 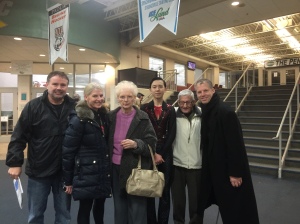 Coach Tom’s parents and other family members in Ohio all came to support me. What an honor!

Planned to visit the Rock and Roll Hall of Fame, but ended up at the Great Lakes Science Center. Silicon Valley blood is inside me.

Experiencing rocket launching in the capsule